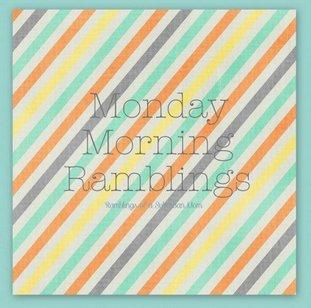 ~Good morning! It’s the last full week of summer for the boys and we are hoping to make it a good one. Tonight is Meet The Teacher at school, so they will get a chance to see who is all in their classes and scope out their classrooms. L got the teacher he wanted and W (he didn’t care who he got) is in a 1st/2nd blend class. He’s in 1st grade so he’ll be exposed to both 1st and 2nd-grade material which I think is fantastic. Should be a great year.

~Friday night B and I had a date night at Cooper’s Hawk. It’s a chain restaurant (winery), but I don’t think there are a ton of them around. We are in their wine club and had a free bottle from their July promotion so we went there to take advantage of that. Instead of ordering dinner we decided to test out a few of their appetizers which turned out to be perfect. The portions are huge, they aren’t as $$$ as the entrees and they were delicious! I doubt I’ll ever get an entree there again! 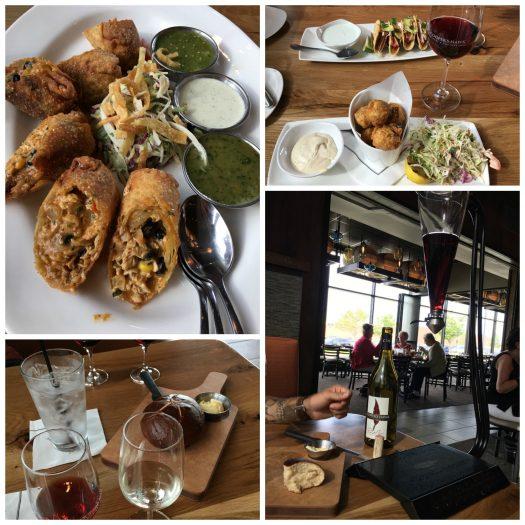 ~Saturday morning we headed up to Michigan State to help with with Move-In at the dorms. I volunteered thru the alumni association and would totally do it again next year. After helping a bunch of freshmen unload their cars and haul their stuff to their rooms, we had lunch in one of the cafeterias (we ate at Brody Square). I remember having a ton of options in the dining hall when I was there all those years ago, but wow, they have stepped up their game. Sushi, sandwiches to order, build your own taco bar, stir fry, pasts, a full dessert bar, you name it, they have it. It’s a real good thing it wasn’t that fancy when I was in college or I would have eaten EVERYTHING. 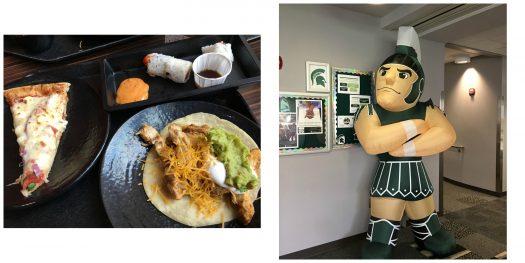 ~We spent Sunday mainly hanging around the house.  The boys played way too much Fortnite (will this game ever be “over”) and I took a 75-minute “Lifted Seat Intensive” class at Pure Barre. It will intense for sure. Those extra 20 minutes of class about did me in. I don’t think I have ever sweated that much at barre!

That’s it from here.  Have a great week!

This entry was posted in Blog, Monday Morning Ramblings and tagged Ramblings, Random. Bookmark the permalink.